E T Sheppard in Henley was bought in 1944 by Alan Jones, who was at the time, the third generation owner of A F Jones Stone Masons, in Reading. Based in Henley-on-Thames, the family run business (sister company to A.F.Jones Stone Masons in Reading) has served the people of Oxfordshire, Berkshire and Buckinghamshire for five generations, offering a personal, sympathetic and highly professional service.

Recognising the intricate skill and precise craftsmanship required in monumental masonry, E T Sheppard became the sister company, to create a dedicated workshop, offering clients an unusual service, where stones were cut and crafted by the same organisation.

The promotion of the memorial masonry craft and the raising of standards of workmanship and service has been the constant aim of the National Association of Memorial Masons since its formation in 1907. As the organisation representing the craft memorial mason the association has over the years taken on new roles in addition to its main function as a trade association. NAMM is nationally recognised as the trusted consultative body on memorial masonry matters, is an

overseer of the voluntary regulation of memorial masons and one of the major training providers to both the trade and burial authority personnel. Standards such as the NAMM Code of Working Practice and memorial fixings test data have been accepted as the National Industry Standard since 1996 and incorporated into BS8415 since its conception 2005.

NAMM administers a registration scheme (RQMF) for memorial fixers/installers/erectors and memorial mason businesses. All those registered are required to comply with industry standards of memorial fixing in accordance with the current NAMM Code of Working Practice and British Standard BS8415. 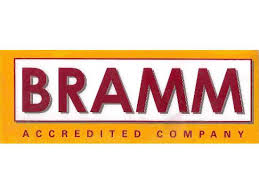 With the constantly changing COVID-19 situation around the world, this is an unprecedented time for everyone, a time that for many is filled with uncertainty. E T Sheppard are committed to continue serving our customers, both existing and new.  All calls and enquiries will be answered as usual.

We are also available on LIVE CHAT to answer any questions you may have.

Your custom is important to us and we aim to give a good service at this difficult time. Thank you for your patience and understanding.